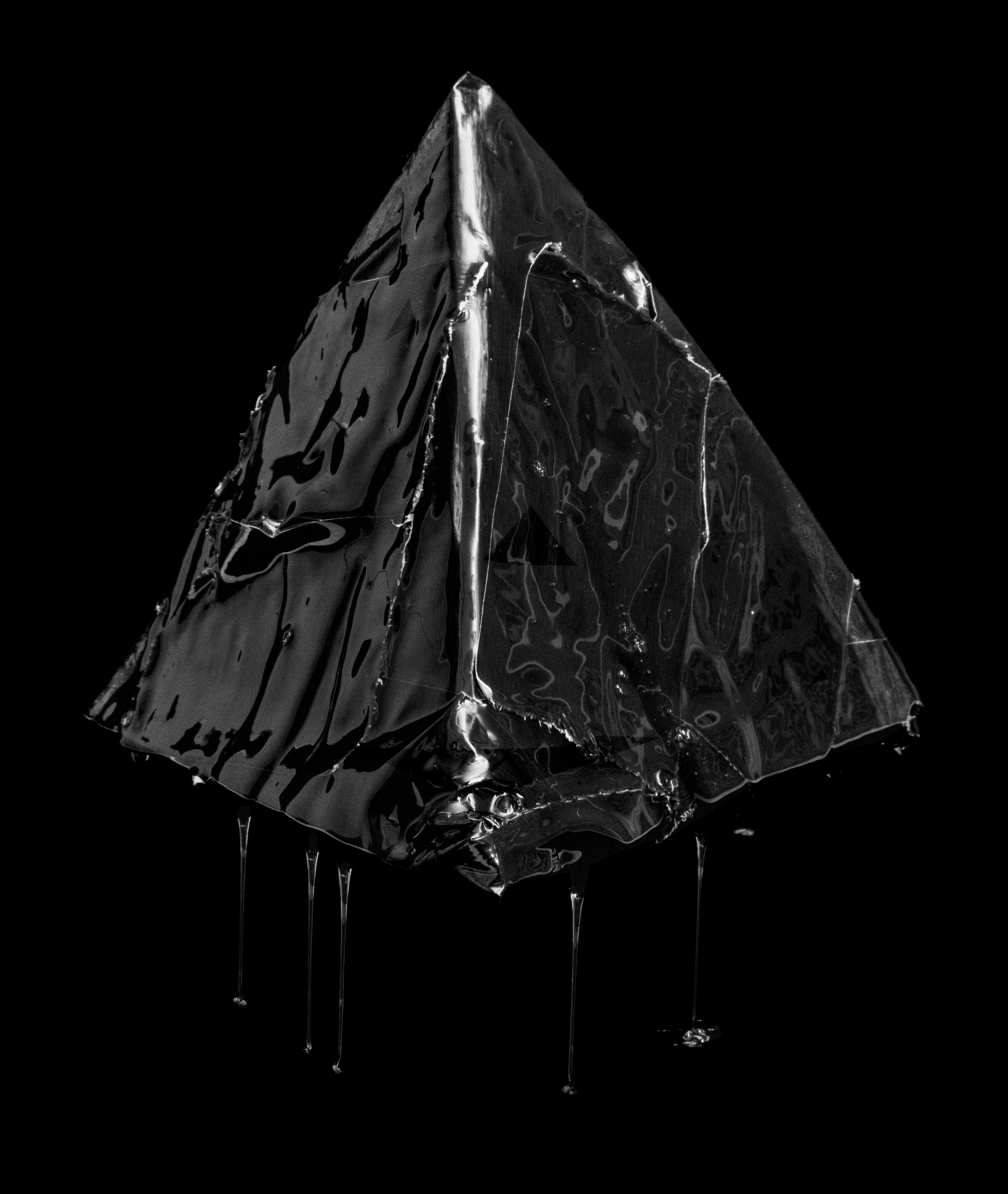 
Email for inquiries and Norwegian VIPPS

Hardback and ebok available for preorder from:

Get the book by becoming a Benefactor on Patreon

Select the Benefactor Tier for €20 a month

Why create art that nobody asked for?


“Why create art that nobody asked for,” is a good question today when we’re constantly required to create and view pictures no one in particular has requested. Bjørn Venø’s black-and-white photography conveys “feelings of loneliness” of an “outsider” in search of togetherness with people and places. They express a new existential conundrum: How to be human in the presentation of images?

The artist Bjørn Venø strives to see the world and dreams about what it could be, arguing for the importance of creating art irrelevant to success. Venø has developed the two words ‘Arthemist’ and ‘Arthemy’ to define ideas about life and art that do not fit in our world. The book reflects on happiness and how a shift in value can bring humanity to a new frontier. Venø may have accidentally written a self-help book, but for those who wish to fail. Using the ‘Licensed Fool’ methodology, Venø practices and embraces failure when creating photographs, video, drawings, music, performance art and texts, because perfection is reproducible and failure is human.

Bjørn Venø (b 1979, living and working in Norway) is an artist who works with photography, video, performance art, writing, drawing and music. Ideas of failure, identity, gender and metaphysics are explored by using free association, intuition and attributes of the fool.

Join Bjørn Venø on Patreon to support and keep up to date on the project, visit his website www.bjornveno.com and explore his body of work or just drop him an e-mail

The Arthemist Statement isn’t a manual; neither is it meant to dictate, convince or manipulate you towards sharing my ideas, beliefs, and values. Instead, it aspires to inspire you to explore, to be active, reflective and thoughtful; for each to choose their path. Living isn’t about following in others’ footsteps, or trying to be normal: this kills who we really are. However, the idea of normality is extremely pervasive in our culture; we are made to feel we need to have something because we are told that everyone has it. The phrase ‘I just want to be normal’, and versions of it, is a common trope in TV and film. In Norway, there is an unwritten ‘law’, known as Janteloven, which dictates that you shouldn’t think that you are better than anyone else, and that you shouldn’t stand out. I believe that normality functions as a method of control and isn’t something that is beneficial to the individual or our development as a society.

The Arthemist Statement aims to unpack my answer to the question ‘Why create art?’. The motivation for someone to make art is imperative because it reveals the essence of the artist. I make art, despite not earning a living from it. I make art regardless of people’s engagement with my work. There is no quantifiable reason why I create. One could say I create art that nobody asked for. Why, then, do I make art? The answer comes from another question: ‘What is the meaning of life?’ The answer to this, I believe, is ‘to explore’, and by exploring you live, struggle and grow. Therefore, I create art to explore, and to inspire the viewer to explore both the artwork and the world for themselves. Not that this is the only valid answer, or the best answer: it is merely one answer; nor can the variety of responses be placed on a scale from worst to best. There is no worst or best; there is only honesty, which I must go into in greater detail.

I have both the curse and the blessing of feeling like an outsider. It is a curse in the sense that a feeling of loneliness is part of my being; it is a blessing in two ways. First, an outsider is often subjugated to that which does not work within society, making oppression, and the facade that is placed in front of it, visible to them. Second, it gives me the ability to be in a constant state of struggle.

There are certain assumptions that I believe are destructive for society: for example, that we are living in the perfect society, or that no better alternative exists. Such viewpoints stifle society’s growth and, like stagnant water, it can become unhealthy. I see it as a civic duty to question society and imagine how it can be better. Artists are uniquely equipped to take on this task, because they often look for alternative ways of seeing. They have a licence to play the fool, and may find themselves to be outsiders. But what is a better society? For now, I shall suggest that it is a society that wishes to bring out the best in its citizens, rather than polarising the population, making them conform to static ideas and sustaining binary thinking.

I don’t believe in the quantifiable, in a traditional sense; instead, I believe in a variety of attributes, in which the idea of positive or negative is in flux, to the degree that we can no longer describe it within a binary structure, which I see as two dimensional. Concepts reside within a multidimensional space, where there are no straight lines, and the nature of a concept is relative to our position within this space. Imagine a feeling being simultaneously pleasurable and painful, where that fact is not a contradiction. This is a belief that makes describing ideas difficult, because we understand a concept that encapsulates what it is not; for example, light is the absence of darkness. Unfortunately, I must continue to use words or thoughts such as ‘pain and pleasure’, ‘right and wrong’ until I find an ontology that can correctly convey my ideas. I’m stressing this point because language creates a limit to what we can perceive, but more importantly, I don’t want you to feel I am dealing with absolutes, or that the ideas presented here are static.

I have chosen the path of the artist because I believe it is well suited to communicating with people. It has a direct link to our humanity across ideas and cultures, and it has the potential to touch a nerve in our collective consciousness and break through established structures of thinking. However, in my experience, people generally support popular art, which I will argue is a form of voluntary subjugation. It is in people’s interest to support and explore art that challenges them. Many argue that they dislike such art because they don’t understand it, or that they don’t have the knowledge to appreciate it. But that’s precisely why we should engage with such art, because it means that we need to make an effort to understand it, and it is that effort, I believe, that will help us to grow.

I have wondered if my definition of the words ‘art’ and ‘artist’ have become too narrow, or if the ideas are so specific that I am describing a form of art, and not art itself. If I were to give it a name, it would be Arthemy, a combination of the words Art and Alchemy. This reflects my belief that an Arthemist transmutes the perceived value of an object, space, time, sound, or smell through their interaction with it. The Arthemist’s motivation does not lie in quantifiable ideas such as power, profit, fame or success. Instead, the Arthemist wishes to stimulate exploration and activate an awareness of the moment.

To me, art and living are integral to each other. I have a personal path that I am striving to walk. To further describe why I create art, I will define ideas such as honesty, happiness, success, struggle, energy, passive and active living, the fool, the teacher and preacher, the taker and giver and my thoughts on the meaning of life.

This will not be an objective text; instead, I will write with an opinion. However, I will seek to present a reflective and thoughtful text. Much like the way Plato used personal observations to create a good argument. I do not dismiss objectivity, but I see it as an unachievable ideal that one should strive for, never maintaining, however, that one has achieved it. I believe in subjectivity that acknowledges that right and wrong depend on a point of view and the prevailing system of thought. Any person or group who claims they know the absolute truth is, to my mind, dangerous because such a position of belief restricts exploration and development.

I don’t believe in writing a piece that is final and conclusive, as my opinion is not static: it is constantly evolving, and develops from observations, intuition, encounters, dialogue and works by writers, artists, and creators. This is my second book in which I outline my ideas, and there will always be adjustments to my thinking as I grow and receive new input: hopefully, that will include input from you, the reader.

My intention in creating art and writing The Arthemist Statement is to inspire people to be the best versions of themselves. It is not about prescribing who we should be. Instead, the aim is to create tools that you or I can use for exploring and growing. I believe there is intrinsic value in working for humanity and the whole. My aim is to use the thoughts within this book as a foundation for my family, defining what my wife and I are struggling for and the values we want to present to our children. It is with the support of my wife and family that I can create, and together we explore.

Arthemy Is an album released in 2019 with lyrics inspiried by the book ‘Arthemist Statement 2.6'

The Arthemist works towards placing energy into ideas, creating sounds that are not from our society and opening up new paradigms.

The third album with love from BX.